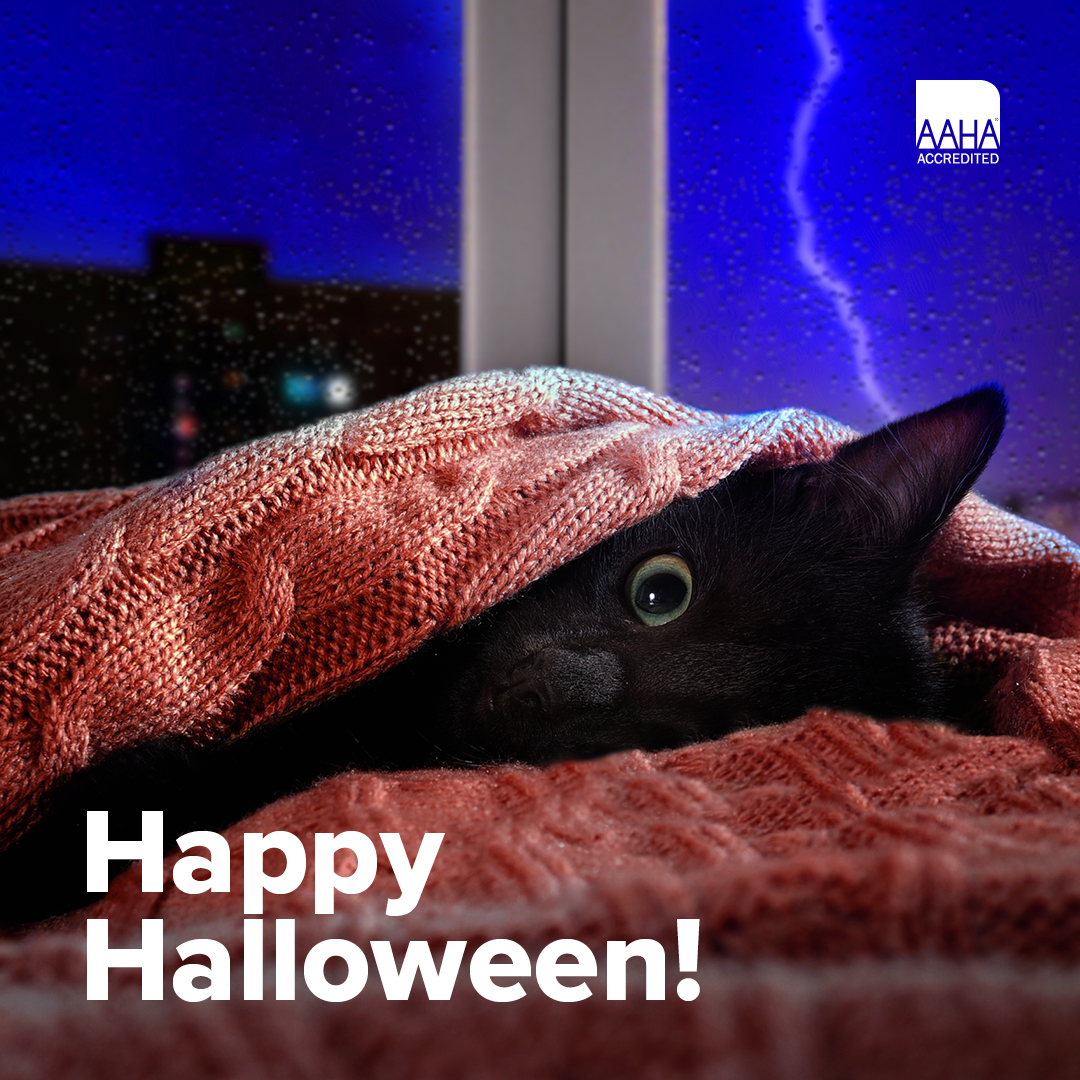 Hide the treats behind a cabinet door

Keep the candy away from pets. First of all, there are wrappers: Eating a bowl-full of wrappers can easily result in surgery for a stomach obstruction. Second, a lot of people already know that chocolate is bad for dogs and cats, but fewer people are aware of the dangers of xylitol. This common sugar substitute is found in all kinds of sugarless Halloween treats and it’s highly toxic to dogs. And while there’s no published data that says it’s harmful to cats, there have been anecdotal reports of xylitol sensitivity in both cats and ferrets.

Be careful with costumes—for pets and people

Almost 20% of pet owners plan to dress their pets up for Halloween this year, and they’ll spend nearly half a billion dollars on pet costumes. If you dress up your pets, please make sure the costume is comfortable and has no dangling pieces the pet can chew off. The costume shouldn’t interfere with the pet’s movement, sight, hearing, or breathing. Wearing a costume can be very stressful to some pets, so give your pet a chance to try on the costume BEFORE the big night to make sure the pet is comfortable. Also, the decorations on costumes for people, especially strings, can cause intestinal obstructions if swallowed.

Keep pets away from the door

With so many people coming and going on the doorstep, there’s a better than average opportunity for pets to scoot outside unseen. Unless they’re extremely socialized and well behaved, owners should consider keeping them in a separate room during peak trick-or-treating time. And they should make sure the pet is wearing a collar with ID tags or is microchipped, so they can easily be identified or located if they do manage to slip away during the sugar-fueled excitement. Owners should take a moment to make sure their registration for their pet’s microchip is up to date by contacting their microchip company.

Keep the glow away from pets

Jack-o-lanterns are fun, but knocking them over, not so much. A cat or dog can easily tip over a lit pumpkin and start a fire, or risk burning themselves. Likewise, owners should keep Halloween glowsticks and other glow-in-the-dark decorations away from their pets. Although the liquid that makes them glow probably isn’t toxic, it tastes terrible and can make pets salivate excessively and act oddly.

Contact us today to book your pet’s appointment at Colville Animal Hospital.

We are an AAHA Accredited Hospital!